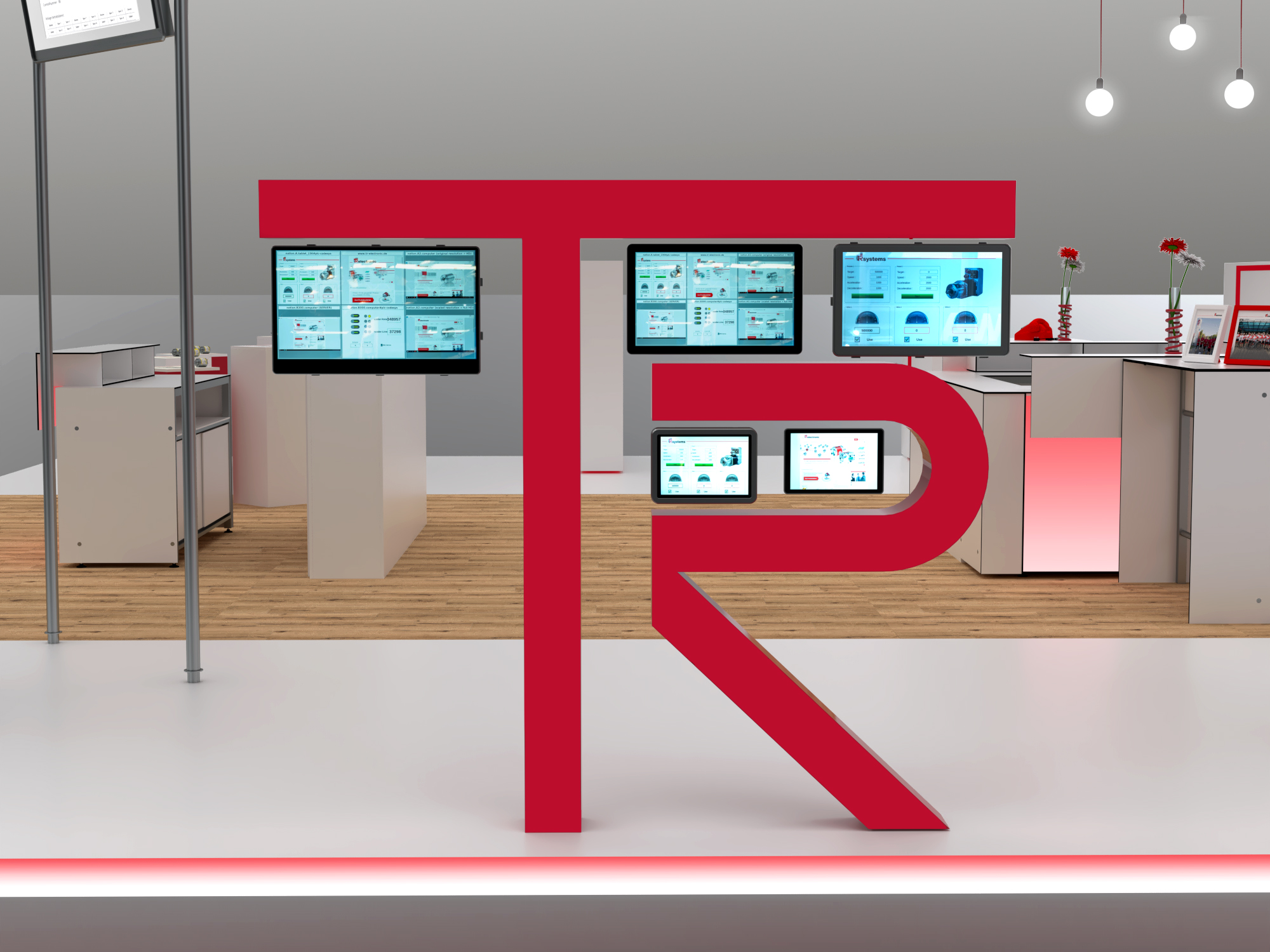 The consistent use of flash memory makes the notion.remote-client series devices particularly robust against vibrations caused by completely soldered components. This is true for the entire “notion” control and display series. CPUs are selected for the intended application and its performance demands. The discreet and modern design blends in harmoniously with the respective application environment, be it serial machines or retrofit in combination with existing solutions. notion.remote-client lets you choose from 7 to 21.5 inch displays – and thus represent simple user interfaces as well as complex system visualizations. The notion.remote-client can be mounted either in front panels and console surfaces or on a commercially available support arm system.

Technologically, notion.remote-client maps the user interface of the used control system via the network. Either the IT standard VNC (“Virtual Network Computing”) or RDP (“Remote Desktop Protocol”) is used for this purpose. Server modules are available for both systems for almost any operating system.

notion.remote-client becomes an industry-grade browser viewer for control systems that implement their operation and visualization via integrated web servers.

Network bandwidth can be saved for the image-transferring VNC and RDP systems by adapting the image refresh rate to what is actually required – in most cases, the entire image rate provided by the server and display is not required for operation and visualization. notion.remote-client runs on a Linux-based, task-optimized and streamlined operating system. This system offers the highest reliability and is precisely focused on the visualization tasks and there are no license fees, regardless of installed CPUs. notion.remote-client offers many conveniences due to the optimum combination of hardware and software developed by TRsystems, which users will quickly appreciate in tough industrial environments. Once connections have been established, they will be automatically re-established (for example, after shutdown or power failure) as soon as the relevant controller is available again. Naturally, several connections can be set up simultaneously and be active in parallel; the user uses the integrated interface to switch between the different views. VNC, RDP, and web browser can be used simultaneously to establish connections at the same time. This makes the notion.remote-client the universal interface for various control systems. The configuration can be centrally backed up and remotely restored to a device. This assists in series machine construction during initial setup and replacing devices in case of damage becomes a breeze: Add and connect a new hardware, transfer the configuration and the interface works.

A versatile authorization concept enables releasing and locking various functions at user level. This effectively prevents a machine operator from disconnecting a controller or connecting to a wrong controller, while the engineer has full access to the entire configuration.

TRsystems’ notion.remote-client is a universal platform for modern machine and system operation. Whether original equipment or retrofit – notion.remote-client connects to almost any PC-based positioning system and is the user interface needed – robust and thus permanently useable in industrial environments.

Do you have anymore questions?

Use our callback service.
We'll call you back!