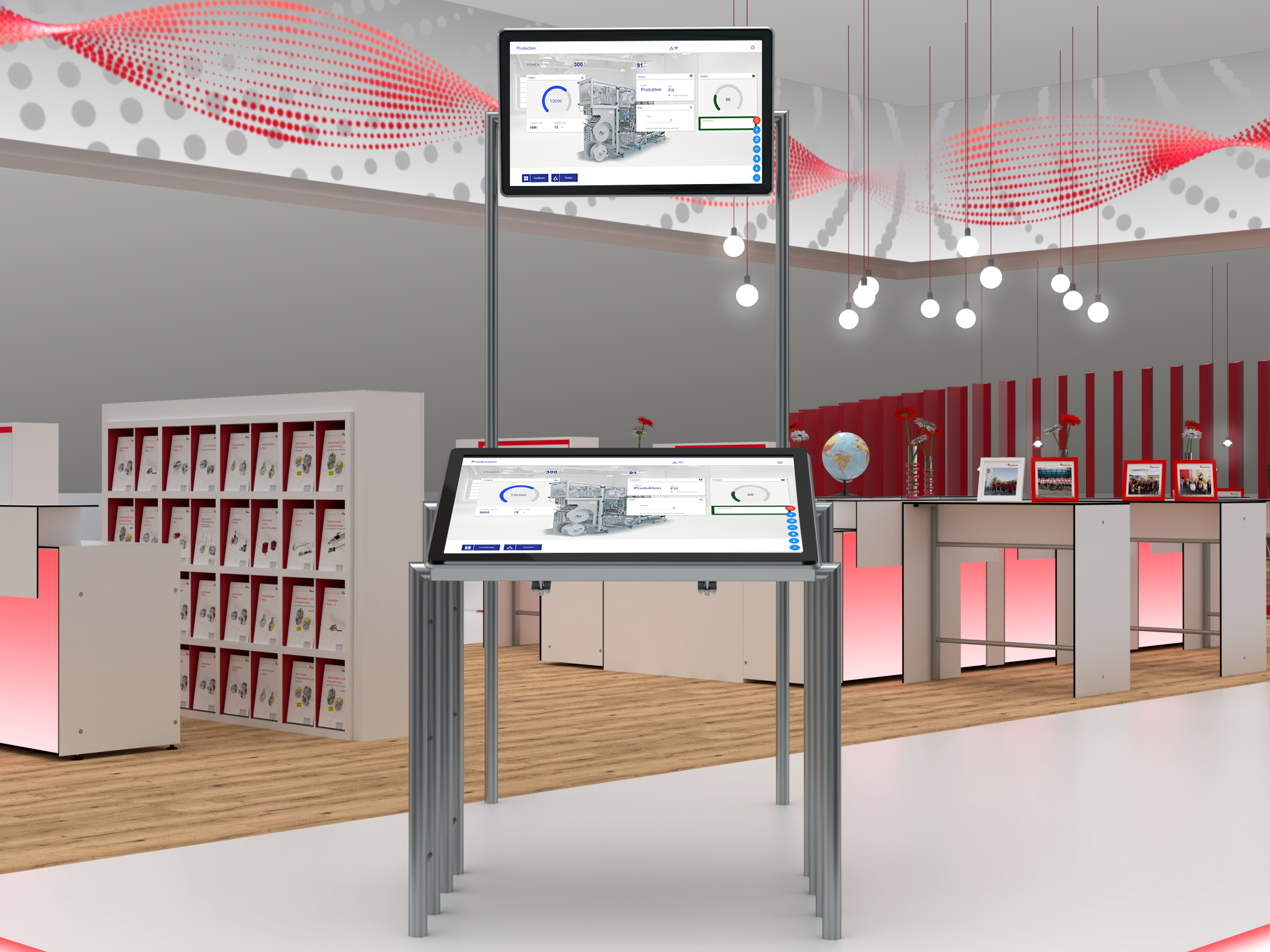 Like the entire series of notion controls and displays, the devices in the notion.remote-client series are also particularly robust against vibrations, thanks to the fully soldered components and the consistent use of flash memory. The CPUs are selected specifically for the planned application and its power requirements. Discreet modern design blends harmoniously into the respective application environment, whether in series machines or for retrofits in combination with existing solutions. notion.remote-client devices are mounted either in front panels and console interfaces or on a standard supporting arm system.

In 2019 TRsystems is entering a new dimension. With a new screen size of 42 inches (over 100 cm) for the notion.D series, notion.remote-client can now represent even complex systems with high density of detail. With the new split view function, several connections can be operated and displayed at the same time. If you wish to look at one of the monitored machines in more detail, the detail view can be enlarged to full screen size at the press of a finger. Displays (for remote computers) and integrated computer systems are also available in the same form factor for the various performance classes of the notion family.

The notion#app package is available as a platform for operating interfaces in the notion family. In combination with the large screen area and the almost unlimited interconnectivity, brand new possibilities emerge for the design of ergonomic human-machine interfaces. And even as a highly informative status display in production lines and logistics zones, the over 100 cm screen with its familiar, low-key design is visually impressive.

Do you have anymore questions?

Use our callback service.
We'll call you back!